If you have ever experienced major issues with cellular communication (such as poor reception, dropped calls, etc.) it’s likely that you have given cell phone signal boosters some thought. Thousands of people around the world have already tried a cell phone signal booster and they can’t stop singing their praises. It goes without saying that cell phone signal boosters are designed to better the transmission coming from your cellular network but did you know that they have some extra aces up their sleeve? We found four undeniable advantages of using a mobile signal amplifier; make sure to read further to learn all about it.

The primary goal of the cell phone signal booster is to bring a cellular signal to places where it is weak or even absent. If your house has thick walls, if it is surrounded by tall buildings or rocky terrain, or you simply live in the middle of nowhere, it’s more than likely that your cellular reception stinks.

Unfortunately, 4G and especially 5G signals tend to run into obstacles they can’t overcome or bypass. The built environment, natural landscapes, and even rain and snow can become a hindrance. Even your network carrier is powerless to fix that.

Since cellular signals are also responsible for wireless Internet, good reception will automatically improve connectivity. No, a cell phone signal booster can’t make your subscription plan better but it can ensure you get what you’re supposed to get to the fullest extent.

For instance, if 4G signals disappear every so often, your phone will connect you to the 3G network. Needless to say, 3G internet is much slower than 4G. However, if you have a 4G cell phone booster, it will do its best to improve 4G connectivity and all the benefits coming with it.

You have probably heard that every cell phone gives off radiofrequency radiation. But what you don’t know is that the level of this radiation significantly increases when your phone desperately tries to capture a weak signal. While non-ionizing radiation isn’t particularly dangerous for people, it’s best to keep it at minimum.

When you have good reception, the specific absorption rate (SAR) normally doesn’t exceed 0.2-0.5 watts per kg of bodyweight. However, if your phone works its socks off to capture any signal, this rate may ramp up over 2 W/kg (while the safe limit is 1.6).

A cell phone booster will take the brunt to provide a better service meaning your phone can go back to its normal low-radiation level. A booster has its own radiation but it doesn’t exceed that of your phone’s.

Plus, unlike a phone, you will never have to carry it close to your body. All in all, you’re exposed to less radiation with an amplifying device.

When your phone goes out of its way to find a signal, it drains its energy at the speed of light. Mobile devices constantly ‘communicate’ with cell towers.

When they don’t receive a response, they will ramp up the power and try again and again. As a result, a phone dies pretty fast.

However, when your phone receives a stable signal, it operates in the energy-saving mode. A cell phone amplifier is a thing that provides a stabile reception and long battery life.

Mobile signal boosters are easy to set up and use – it takes about 5 mins to install all the components and plug it in, the rest a booster will do on its own.

These devices come in a wide range of modifications designed for small households, commercial properties, large public spaces, vehicles, and so on. They work in all temperatures and weather conditions.

To make the long story short, cell phone boosters boast so many benefits. So why don’t you give them a chance to prove their worth? 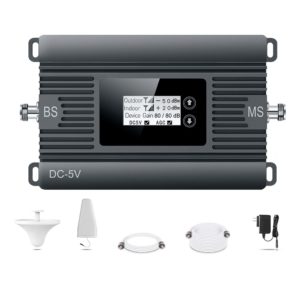 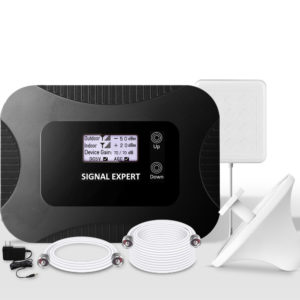 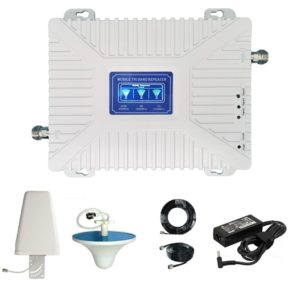 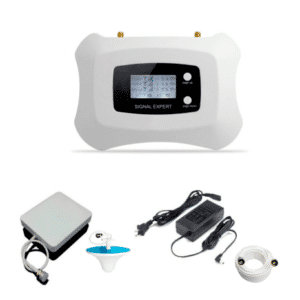